Dr. Khalid el-Hakim has finally regained a sense of normalcy, now that it’s 2022. His 10-year run of jumping in and out of planes with bustling suitcases full of African-American memorabilia came to a sudden halt in 2020. (along with everything else) due to the Covid-19 pandemic. His in-person exhibits have been replaced with Facebook Live and Zoom presentations. Things have improved a bit in 2021, but he’s still hosting a mix of virtual and live screenings.

“I visited 41 states and over 500 different institutions,” he says. “So that was a big adjustment. I had never even done a digital presentation before all of this. 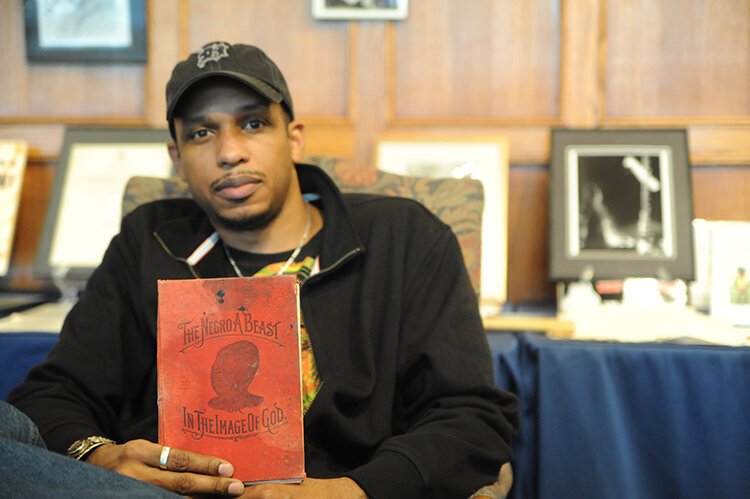 El-Hakim is the founder and curator of Black History 101 Mobile Museum, a collection of over 10,000 historical artifacts and collectibles ranging from slavery to current hip-hop culture that has seen the interiors of hundreds of classrooms and lecture halls. The collection includes rusting metal chains used by southern slave owners, newspaper clippings from slave auctions, and postcards depicting lynchings. El-Hakim signed documents and letters written by Malcolm X, Frederick Douglas, and George Washington Carver. He has “Whites Only” and “Colored Only” bathroom and water fountain signs and even a Ku Klux Klan range hood he bought at an auction.

With a doctorate. in museum studies from the University of Illinois, el-Hakim’s collection has grown from a small hobby in his attic, in the confines of a warehouse, to a graffiti-covered trailer, to now constantly on tour. While some pieces of his collection remain mobile, other pieces are rented out for months. 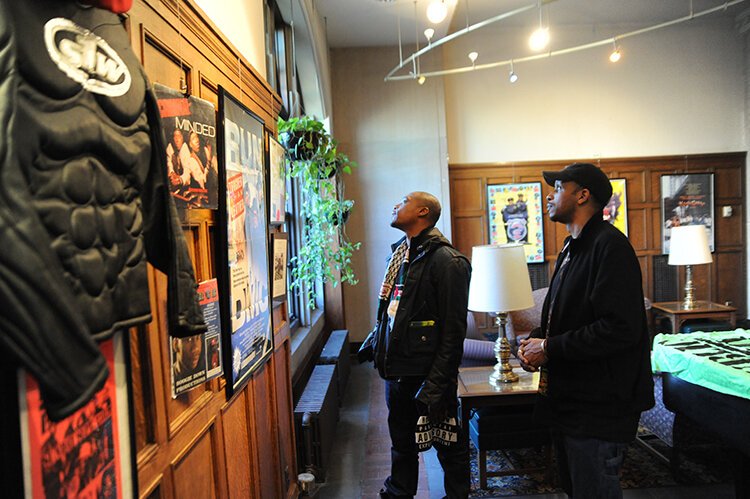 The Detroit native grew up collecting hip-hop concert flyers, cassette tapes and comic books, but the real spark was sparked when he enrolled at Ferris State University in 1991.

“Dr. David Pilgrim was my sociology professor at Ferris. He brought a racist piggy bank and the whole class was shocked,” he says. 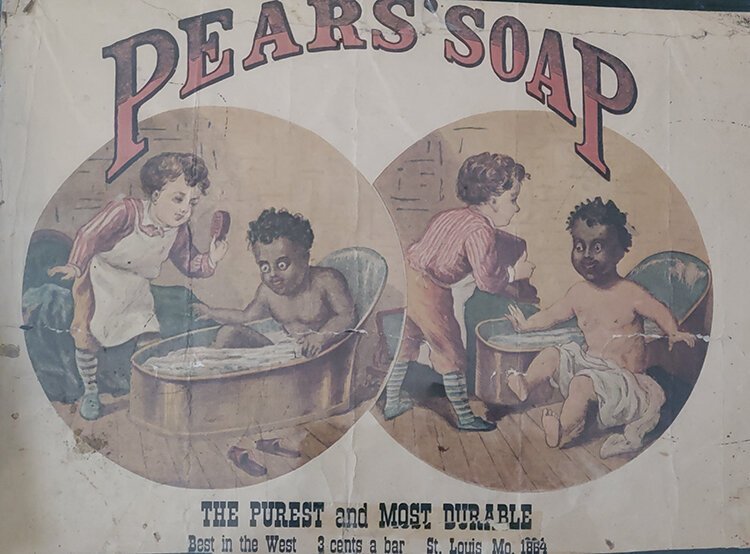 As Pilgrim continued to bring more racist relics, el-Hakim became more motivated. He began to view his collection of flyers and hip-hop concert tapes as treasured keepsakes, not just keepsakes. Shortly after, during spring break in Daytona Beach, Florida, el-Hakim purchased a ceramic caricature of an African-American man eating a watermelon.

“It was my first Jim Crow-related artifact. That’s when I started looking for other artifacts like this,” he says.

At first, el-Hakim kept his collection private, but a trip to the 1995 Million Man March in Washington, DC changed his perspective. “The purpose of the Million Man March was to encourage black men to return to their potential communities and make some kind of impact,” he says. “I came back thinking, ‘What could I bring to my community?’ 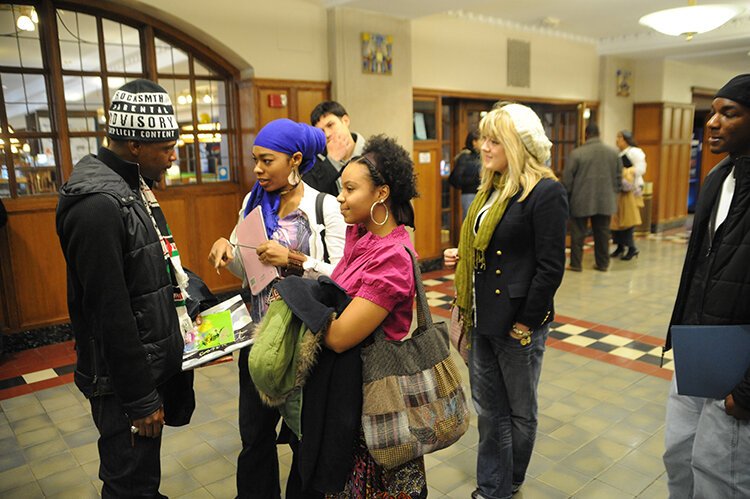 At that time, el-Hakim was a teacher in the Detroit Public School District. He began bringing various pieces into his classroom and into community meeting spaces, churches, and cultural events. “Students would be in shock and many other people had a visceral reaction to the racist fanaticism material, but had nostalgic reactions to the Muhamand Ali material,” he says.

El-Hakim exhibited his relics as “The Bell Collection” (a surname) and was inspired by comments whenever he exhibited pieces.

“I realized that it met the needs of the community,” he says. “Historical artifacts that spoke to a story that was not highlighted in museum spaces […] I also realized over time that Dr. Charles H. Wright was doing this over a period of time early in his career.

In the mid-2000s, el-Hakim’s collection was still part of his creative arsenal. He was the manager of rapper D-12 Proof and poetry groups 3rd Eye Open and The Last Poets. He also taught at the Detroit Lions Academy and promoted hip-hop events through his New Rising Sun promotion company. That all changed when Proof was shot on April 11, 2006. “After Proof died, the museum really started to take center stage for me,” he says. 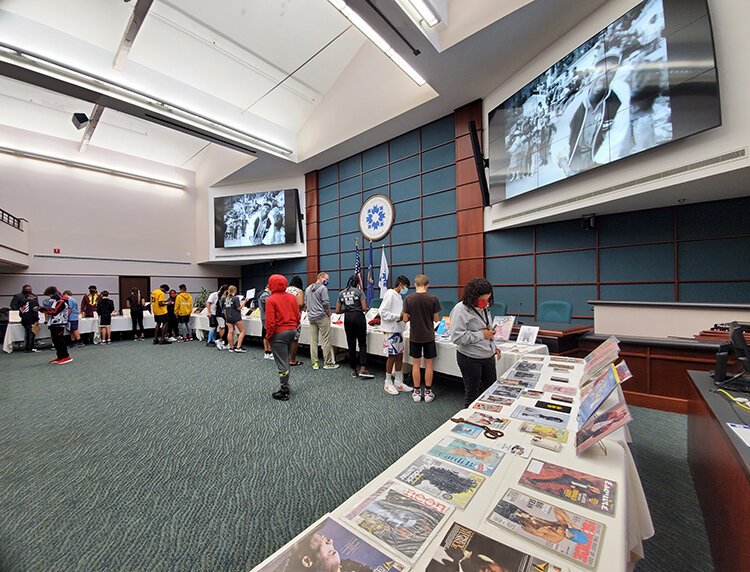 El-Hakim decided to devote himself to expanding the focus of his collection. He changed the name to Black History 101 Mobile Museum and searched for artifacts that would tell the full story of the African American experience.

“When I decided to get more serious about the collection, I started looking at the whole black experience and made sure to incorporate all the voices of all the people who contributed to America,” says -he.

“It gave me the opportunity to connect everything. Black Lives Matter is just an affirmation of our humanity in its current form,” he says. “If you go back to Sojourner Truth, for example, she asked ‘Am I not a woman? If you fast forward to Martin Luther King in Memphis and he’s protesting with these sanitation workers holding signs saying, “I’m a man.” Again, these slogans are an affirmation of our humanity. The slogans have changed but the reality of our unequal treatment is still present in 2022.” 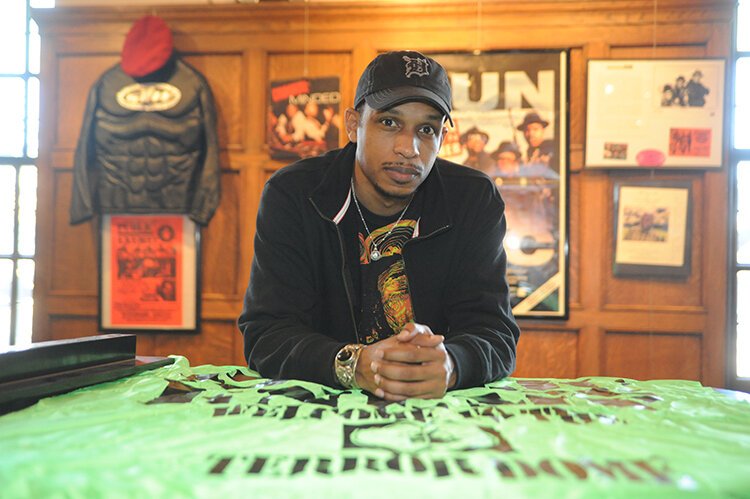 El-Hakim now visits and runs the museum full time. As the museum continues to grow, it has won several prestigious awards, including a Spirit of Detroit Award, a Freedom Scholar Award from African American Life and History, named as a Changemaker for NBC Universal’s “Erase the Hate” campaign. , and listed as one of Black Enterprise magazine’s 100 Men of Distinction in 2017.

In 2020, Western Michigan University (WMU) announced plans to create a Michigan Hip Hop Archive, curated by el-Hakim. “It’s about how hip-hop came to Michigan, how it influenced Michigan, and how Michigan’s hip-hop culture changed the world. Having it permanently on campus will make WMU one of the few universities with a space dedicated to preserving hip-hop,” he says.

Going forward, el-Hakim will be a scholar-in-residence at the University of Wyoming where he is developing a Black Museum Studies certificate. “It will help address the professionalization of black museum spaces. This will help create a pathway for those who want to enter black cultural museum institutions. »