The opening ceremony of Novi Sad on January 13 for its year as European Capital of Culture marked a historic moment for the city on the Danube which is the capital of the Voyvodina region in northern Serbia. The country’s second largest city, 300 kilometers south of what was once its own capital, Budapest, at a time when it was known as Újvidék in Hungarian, Novi Sad is exceptionally a capital of culture outside the EU, being in a candidate country.

Novi Sad is the first of three European Capitals of Culture for 2022 to hold its opening ceremony, with the other two, Kaunas in Lithuania and Esch-sur-Alzette in Luxembourg, to be held on January 22 and February 26 respectively. A succession of events took place on January 13 celebrating the great names of Serbian science through local arts and culture, as will be the case throughout the year.

On this great occasion, more than 400 artists from Serbia and all over Europe took part, alongside various guests and high-ranking officials. It is clear that those who locally influence the world, such as Mileva Marić Einstein, Milutin Milanković, Dragiša Brašovan and Ljubomir Micić, will be honored for their outstanding achievements in this field.

The first opening event was called “Doček”, which means “Welcome” in Serbian, and the accompanying “Time and Universe – Exhibition of Time” is described as a sort of journey from darkness to light. , from chaos to space, through a multimedia mix. digital and analog artistic expression. Furthermore, framed by a long-term story, the exhibition takes viewers on the path of the development of civilization and culminates with the opening of the code of Serbian mathematician and geophysicist Milutin Milanković, revealing a secret woven in time itself. same.

The author of the visual and artistic part of the exhibition is Dušan Jovović, PhD, author of prestigious multimedia and interactive exhibitions with international impact. The author of the story is Professor Aleksandar Petrović, PhD, an exceptional connoisseur of Milanković’s life and work, which he has studied for more than 50 years.

“Time and Universe – Exhibition of Time” is an interactive high-tech multimedia presentation celebrating the famous Serbian-American inventor and engineer Nikola Tesla, and can be viewed throughout the year of the title. Its unveiling was hosted by multimedia artist Dušan Jovović. Also present were Nemanja Milenković, CEO of the Novi Sad European Capital of Culture Foundation, Igor Mirović, President of the Provincial Government of Vojvodina, and Maja Gojković, Deputy Prime Minister and Minister of Culture and Information.

The official opening ceremony of Novi Sad was hosted at the Serbian National Theater by Nemanja Milenković and Maja Gojković, with best wishes sent by the European Commissioner for Innovation, Research, Culture, Education and to the youth, Mariya Gabriel, during a live broadcast. Guests were welcomed by Head of the EU Delegation to Serbia Emanuele Giaufret, Mayor of Novi Sad Miloš Vučević and Serbian Prime Minister Ana Brnabić.

The annual program of this European Capital of Culture is based on four programs – Rainbow, Freedom, Love and Hope. The Rainbow program includes Doček and migration issues. Freedom is about children, young people and the future of Europe. The culture of love and peace and environmental awareness speak for themselves. Finally, Hope relates to unity. With these four mantras, Novi Sad will celebrate the merging of its different cultural assets and provide continuous cultural continuity.

The events of the evening continued with the inauguration of the play “ZENITEUM: 2022” at the Banovina Palace. This explores the connection between art and science, and more than 60 artists have taken part, including Boris Kovač and the New Ritual Ensemble, the Serbian National Theater ballet ensemble, the multi-award winning ECoC accordion quartet, pianist Aleksandar Bahun and the Velos Tamburitza orchestra. , all directed by Slovenian Dragan Živadinov, who also composed the music that contributed to the entire swirling audiovisual extravaganza. 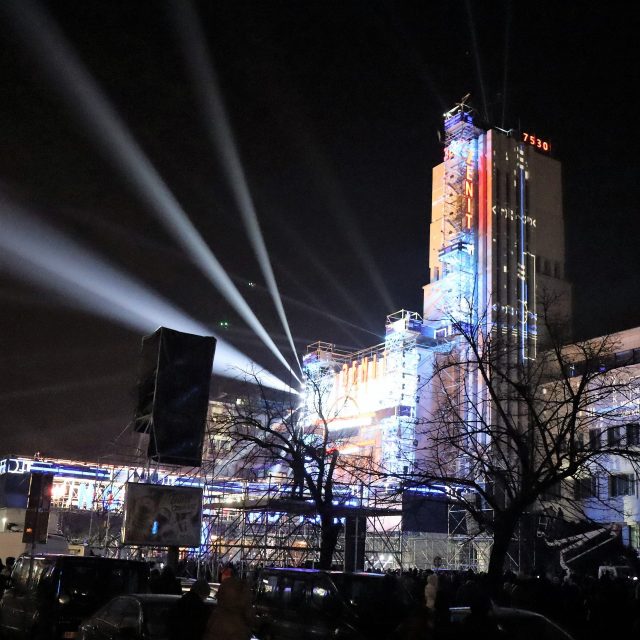 popular duo Synspecies welcomed the audience in a robust and explosive style, and the climax was embodied by two characters – Milutin Milanković played by Boris Isaković and Mileva Marić Einstein played by Anita Mančić. An impressive ensemble of actors, singers, ballet dancers, acrobats, solo trumpeters Laura Vukobratović and Nenad Marković, and a whole marching band performed in front of an enthusiastic crowd. DJs Miloš Martinov and Dejan also delivered to the masses. The show ended with host Lazar Jovanov toasting the city and those in attendance.

At this pivotal moment, Novi Sad was welcomed by three astronauts from the International Space Station: cosmonauts Anton Shkaplerov and Pyotr Dubrov and astronaut Matthias Maurer. Round at night, concerts and performances took place throughout the city, such as the typical Serbian “Guca-esque” local trumpet and marching band playing live in the streets.

The second day of this year’s European Capital of Culture was dedicated to Novi Sad tourism, with the foreign press contingent taking guides around the city’s central sites. Most attractions, such as the grand City Hall, the prestigious Roman Catholic Church, the exotic Bishop Bacha Palace and many other architectural gems, draped in 19e- and 20e-century architecture, are generally accessible from the Bulevar Mihajla Pupina road and easy to find. All of them lead the way with additional graceful charm and pleasant atmosphere at the Danube. High up across the river is the beautifully restored Petrovaradin Fortress and its imposing, recognizable clock.

This symbolic and quirky timepiece that defines the city is a sure sign for those who travel by the river that we have arrived. It is remarkable for another reason, because this 18e-century landmark is informally known as “The Drunken Clock”, with its hour and minute hands deliberately switched back and forth. The clock still works today, delivering its idiosyncratic version of “time” – not necessarily scientifically but helpfully to all grateful passers-by, whether they’re drinking or not.

A welcome lunch can be enjoyed at the splendid, traditional-themed Sokace Restaurant, which serves the best of locally produced Serbian fayre. The evening program took participants to the cultural station “Slava” to explore Serbian spiritual and traditional life and culture. This insightful event, which began with a mass, is still celebrated every January 14.

Saint Slava is the patron saint of families. In short, Serbian culture is a reflection of many different cultural influences that have shaped it throughout history. These range from ancient Christianized Slavic roots in the Middle Ages, to Byzantine and Ottoman influences, to European and global cultural currents of the last two centuries. Each era has left its mark on this refined culture. 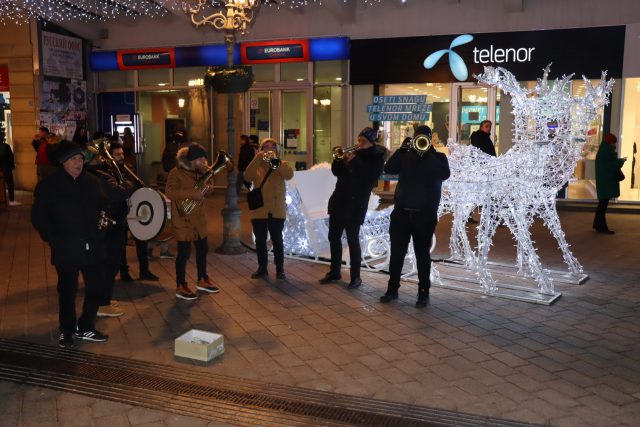 A cultural phenomenon that continues from its beginnings to the present day in Serbia is Slava. It is also a family-related Orthodox holiday, which in the original pagan context meant paying homage to family ancestors. This is an opportunity for families to gather on this day every year and enjoy a round table feast, accompanied by the obligatory wine and Slava bread. As a unique cultural and religious phenomenon in the world, Slava has been included in the UNESCO Intangible Cultural Heritage Register since 2014, the first such cultural property from Serbia to be included in the list.

The town, whose name translates to ‘New Plantation’, has recently caught the world’s attention with its summer Exit festival, similar to the Glastonbury and Sziget festivals. It was canceled last year, but authorities will give it a run this year from July 7-10 with headliners Nick Cave and the Bad Seeds. See https://www.exitfest.org/en

Novi Sad is twinned with Pécs in Hungary and Norwich in the UK, and makes for an ideal weekend getaway in a charming city. See https://novisad.travel/en/tourist-atractions/