Free traveling museum turns art into a hub for all

Imagine a huge meat processing factory taken over by 50 artists from all kinds of media who transform 3,500 meters of dull gray industrial space into a magical museum.

The exhibition, in collaboration with the Tarbut movement, runs until July 2.

The idea of ​​Zumu, a portmanteau of the Hebrew words for “move” and “museum,” is to create temporary museums that travel throughout Israel, primarily to towns on Israel’s periphery that have few cultural venues.

Admission is free as Zumu aims to take the museum concept from an elite institution to a vibrant cultural hub that reflects each host community.

Some of the artists in the exhibits are local; other artists participate in a residency program and create commissioned works in partnership with the local community.

Children enjoy their visit to the Zumu mobile museum in Nahariya. Photo by Yair Meyuhas/Studio ZooZ

The Soglowek factory is located at the entrance to Nahariya on a eucalyptus-lined boulevard that stretches to the Mediterranean Sea. The factory will soon be demolished to make way for high-rise apartment buildings.

Since Zumu opened its exhibit at the factory in May, hundreds of people from across Israel have come every day, including groups of school children, to explore and learn, drawing on a sense of communal creativity .

Zumu was founded when Milana Gitzin-Adiram, Sharon Glazberg and Halit Michaeli came together to combine art, education and community.

Zumu has already organized exhibitions in Yeruham and Arad in the south, and in Lod in central Israel.

Artists transformed a factory that produced salami and cured meats, he said. “We were able to bring creativity and vitality to a place dedicated to the preservation of dead meat! 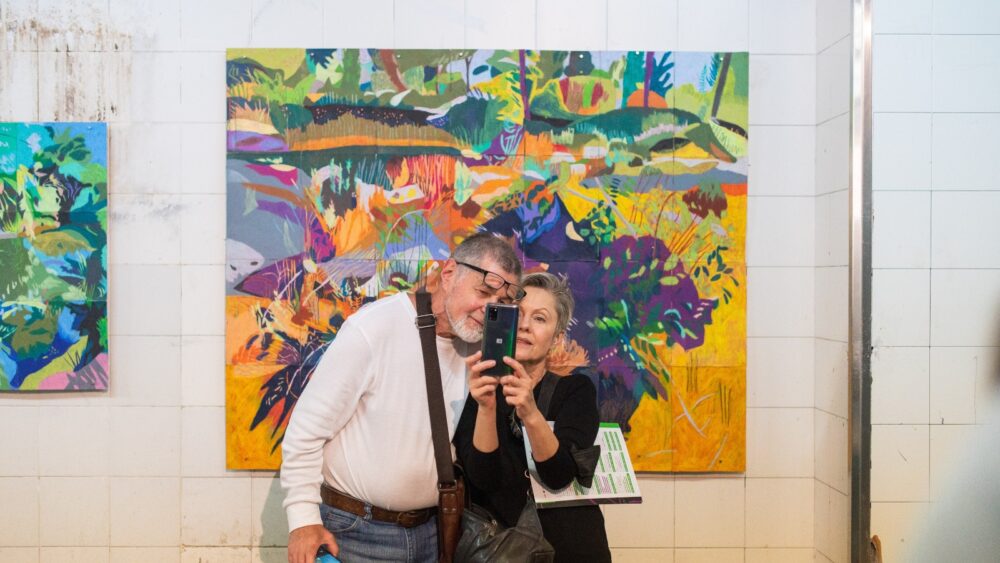 The exhibition is sponsored by the Municipality of Nahariya as well as various organizations, including Reality Group, which owns the factory site.

The theme of the exhibition, “Life’s Work”, also touches on the new post-pandemic period and the desire to return to normal life. 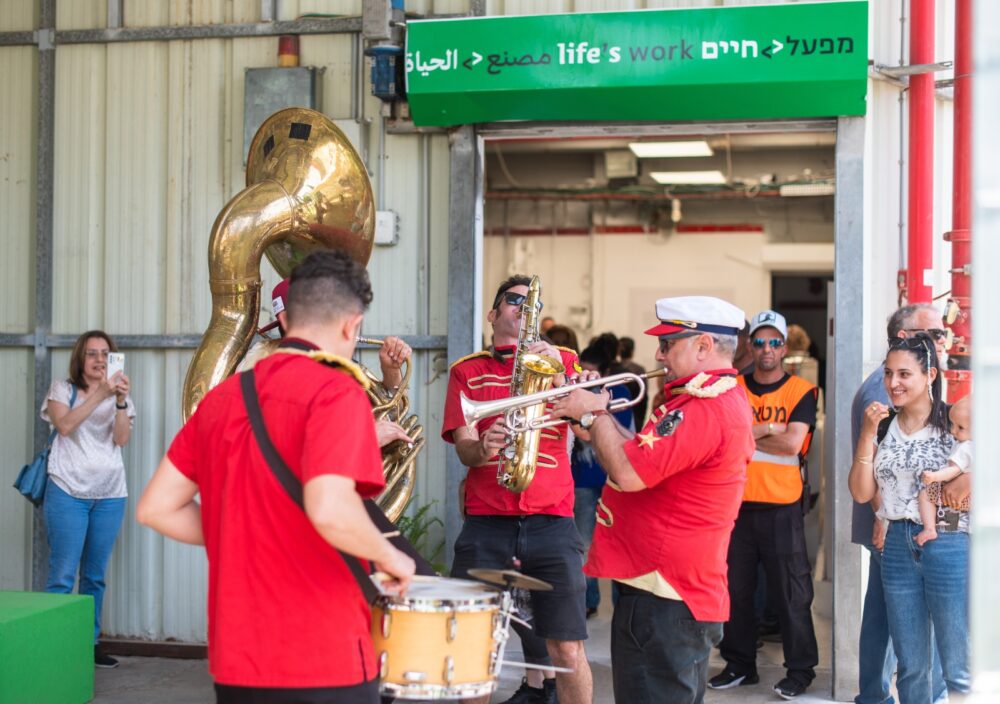 A group celebrates Zumu’s opening of the ‘Life’s Work’ exhibition in a former factory in Nahariya. Photo by Yair Mehuyas/Studio ZooZ

In cold rooms, warehouses and at the truck loading dock, exhibits explore work, life and the passage of time.

An art video shows flowering almond trees, losing their blossoms in the wind, then blooming again. There are butterflies that seem to be flying along a massive wall, moving towards the light. 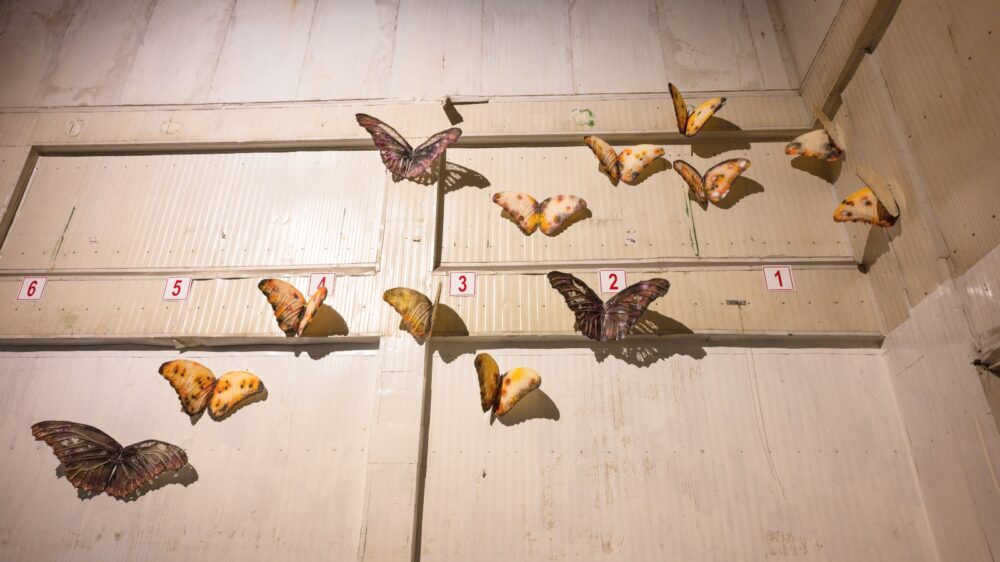 Butterflies mounted along a massive wall at the Zumu Mobile Museum appear to be heading for the light. Photo by Yair Meyuhas/Studio ZooZ

Groups of students sat in low chairs, sipping cider and eating cookies as they began their tour of the museum. The founders of Zumu believe that art should be warm and gentle, open to all. 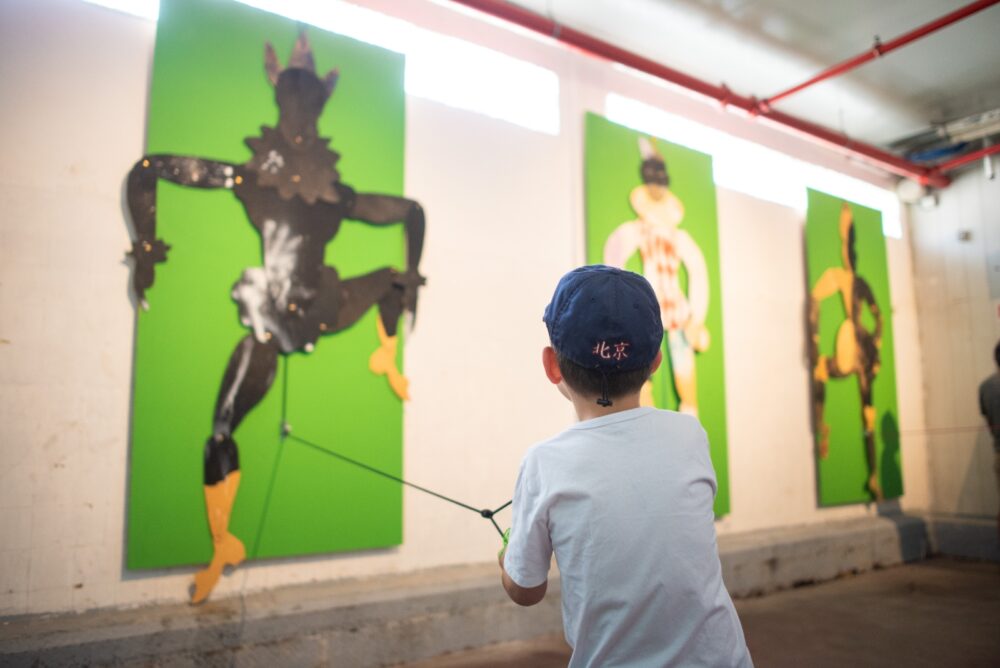 A child enjoying an interactive exhibit at Zumu in Nahariya. Photo by Yair Meyuhas/Studio ZooZ

Visitors roam the halls of the factory and explore all kinds of art, including photographs and videos.

In one part of the factory is a display of dry branches decorated with origami flowers. The branches seem to grow on a concrete slab, another example of rebirth.

One of the museum’s tour guides, Galia Mor, managed the cultural department at Nahariya City Hall and took time out of her retirement to train in Zumu to guide tours of the factory.

The traveling museum, she said, “gives an incredible boost to the city.”