Internationally acclaimed artist Ghislaine Howard has joined a selection of female artists in a new exhibition in Manchester city centre.

The fascinating new exhibition, which runs until March 5 at the Contemporary Six Gallery, is based on the theme of “habitat”.

The works in the exhibition have been chosen to create a dialogue between urban and natural spaces, real or imaginary, and Ghislaine is exhibiting no less than eight paintings.

Glossop-based Ghislaine – who is widely known as a powerful and expressive painter – has lived and worked in the North West for 35 years; during this period she had exhibitions at most of the major cultural institutions in the region including the Salford Art Gallery, Manchester Art Gallery, The Lowry, Imperial War Museum North, Whitworth Art Gallery, Cathedral of Manchester and many private galleries in the city.

Ghislaine was named Woman of the Year in 2008 for her contribution to art and society, her paintings and drawings illustrate and interpret shared human experience.

Art lovers can view Ghislaine’s work across the city.

Around the corner from the Manchester Art Gallery, Ghislaine’s Ante Natal Examination drawing can be seen on the wall of the Creative Families’ Gallery. This drawing is part of the gallery’s collection and was acquired in 1993 when Ghislaine’s groundbreaking exhibition A Shared Experience, which traced and responded to aspects of hospital childbirth, was shown in the same space. .

Across Manchester, at the Whitworth Art Gallery, Ghislaine’s Pregnant Self Portrait can be seen as part of a powerful and moving exhibition called Still Parents which runs until September 4.

Visitors to the city center will also soon be able to see an extensive collection of Ghislaine’s works housed in Elliot House, the iconic building that houses the Greater Manchester Chamber of Commerce on Deansgate. 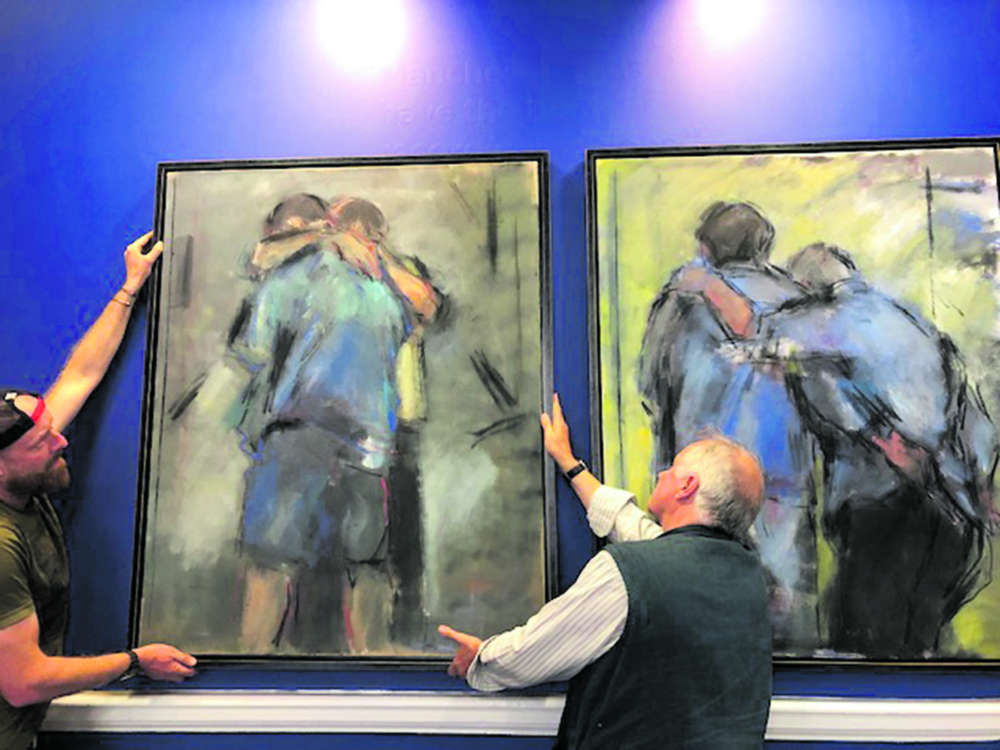 Over the past two years, Ghislaine and her husband, art historian Michael Howard, have worked with GMCC to transform the building with paintings.

Ghislaine, in collaboration with filmmakers/curators Al and Al to create a unique cultural space within the city center.

This is only the beginning of what will prove to be a very exciting and innovative collaboration which, in due course, will reach the city to continue and develop the legacy of progressive and radical thinking that characterizes not only the ambitions and the goal of GMCC, but the city of Manchester itself.

Steven Dexter of Glossop Creates said: “It’s amazing to see Ghislaine inspiring so many people in our city, home to such wonderful creative talent.

“The new exhibition celebrates women artists and runs until International Women’s Day. Glossop is a Nordic beacon of feminine creativity, with national treasures like Vivienne Westwood and Hilary Mantel having called these dark peaks home.

“Beatrix Potter was inspired by the textiles her grandfather produced at Dinting Vale Mill, and we have stories of strong female role models from the suffragette movement in our local history.

“Glossop Creates hopes to inspire all future changemakers to take positive creative action, based on these traditions and the core values ​​of our predecessors.

“Contemporary Six is ​​a premier gallery and we urge art lovers in the city to visit over the next week to see Ghislaine’s powerful and expressive work, which shines a light on our collective humanity and vulnerability. .”

‘Habitat’ can be enjoyed at Contemporary Six Gallery, 37 Princess Street, Manchester, M2 4FN / Tuesday to Saturday 10.30am to 5.30pm

Learn more about the Glossop Chronicle

Click here to read the latest edition of the journal online