Qatar’s cultural heritage on display at the FIFA Arab Cup

Doha: Throughout the 2021 FIFA Arab Cup, fans were treated to a series of cultural activations that showcased Qatar’s rich history and the diversity of its many communities. The activities were organized by the Supreme Committee for Delivery and Inheritance (SC) and its partners. They were a key part of the fan experience, which enjoyed wide support from the 16 nations participating in the tournament.

Activities began before the tournament kicked off along Doha’s iconic Corniche Street, which saw several shows, light shows and festivities held alongside the 11th Qatar International Food Festival (QIFF), a Qatar tourism initiative that celebrates the country’s diversity of food, drink and hospitality. offerings. From November 26 to December 3, more than 22 communities presented exhibits on the city’s breathtaking skyline.

“The Arab Cup was an event that was embraced by a lot of different communities across Qatar, so it was the perfect opportunity to showcase the beautiful culture of Qatar and the many other cultures that have made Qatar their home. . Throughout the tournament, spectators attended musical performances and traditional dances across the country, from metro stations to the stadium grounds. This diversity of cultures and the range of incredible performances that fans can enjoy was a really special aspect of our tournament, ”said Khaled Al Suwaidi, Senior Director of Stakeholder Relations at SC.

One of the main partners that provided the wide range of activations throughout the FIFA Arab Cup was the Ministry of Culture, which presented a series of cultural exhibits designed to showcase the legacy of the FIFA. Qatar to spectators, many of whom were visiting the country to watch the tournament. .

“It was important for us to celebrate Qatari culture with our Arab compatriots during the tournament, and we look forward to sharing all the beautiful cultures of Qatar and this region when we host the World Cup in just under a year. “said Sheikha Najla. Al Thani, Director of the Department of Heritage and Identity at the Ministry of Culture.

“We are all proud of these stadiums whose design draws on Qatari heritage, and we renew our commitment to continue working with the organizers of Qatar 2022 to support local talent and cooperate between cultural sectors to host a version World Cup history next year. Al Thani added.

One of the most iconic performances took place at Al Bayt Stadium, which hosted both the opening and the final of the FIFA Arab Cup. The 60,000-seater, with its design inspired by traditional tents used in Qatar and throughout the region, came to life during the tournament with folk dances and games performed by the Al Khor Girls Center.

“The beautiful Al Bayt Stadium provided us with the perfect venue to present traditional Qatari games and folk dances. Our students were delighted to join this wonderful celebration which brought Arabs together and we look forward to participating in the World Cup next year, ”Jana’a Al Murakhi, Executive Director of Al Khor Girls Center, told Ministry of Youth and Sports.

In less than a year, the FIFA World Cup will take place for the first time in the Middle East and the Arab World, allowing fans to learn more about Qatar’s signature hospitality and embrace the various cultures and musical traditions of the region. 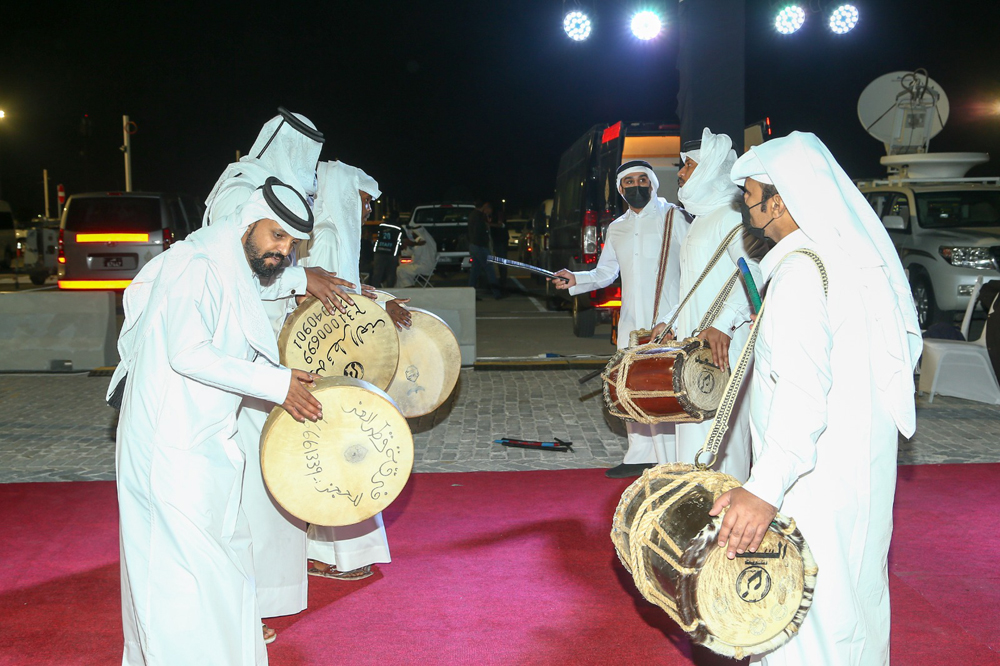 “The Arab Cup came to life thanks to our musicians. Fans were treated to traditional performers from across the region, and we look forward to welcoming the world in 2022 and celebrating all the talent this region has to offer, ”said Khalid Al Salem, CEO of the Center des musical affairs of the Ministry of Culture. .

The 2022 FIFA World Cup Qatar kicks off on November 21 at Al Bayt Stadium, with the final match on December 18 at the iconic Lusail Stadium.

‘That’s where I learned to be a comedian’: Nish Kumar explains why Edinburgh’s fringe still matters | Edinburgh Festival 2022

Cultural exhibition of TT at Expo 67

This popular show will soon be leaving Disneyland