The Sharjah Book Authority (SBA) organized a series of roundtables and poetry readings which brought together a host of Emirati and Algerian authors and intellectuals as part of its participation in the 25th edition of the International Book Fair of ‘Alger.

During its participation, SBA highlighted its continuous efforts to support Emirati and Arab publishers as well as its events and exhibitions throughout the year.

Fadel Hussein Bussaim, SBA Eastern Region Director, received Ayman Benabderrahmane, Algerian Prime Minister, at the SBA Pavilion, presenting him with a copy of The Inquisition: An Investigation of 23 Files of Cases Committed Against Muslims in Andalusia, written by His Highness Dr. Sheikh Sultan Bin Mohammed Al Qasimi, Member of the Supreme Council and Ruler of Sharjah. 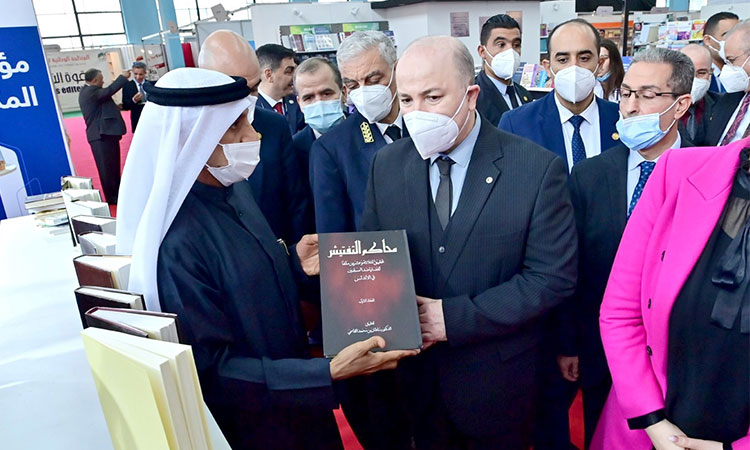 Panelists talked about the roots of their passion for writing and how their upbringing shaped their style. The SBA also organized a poetry reading session hosted by Abdul Karim Ozghleh, which featured poets Hasan Al Najjar and Shafiqa Wail.

The Authority also highlighted the efforts of the Sharjah International Literary Agency (SILA), a unique literary agency in the UAE and the region, which aims to facilitate communication between publishers, authors, translators and creatives and to regulate their operations. in accordance with the official frameworks in force.

Commenting on Sharjah’s participation, the SBA’s Eastern Region Director said: “Through the SBA’s presence at regional and international events, we aim to highlight our continued efforts to improve the healthcare sector. edition of the United Arab Emirates as well as the cultural project of Sharjah which stems from the vision of the Ruler of Sharjah.. Events such as the Algiers International Book Fair also represent an ideal opportunity to build bridges with other great nations. of the region and to promote cultural exchanges.

He added: “Algeria has a unique cultural and literary milieu that has produced some of the world’s most distinguished authors and intellectuals. The SBA is keen to foster knowledge exchange and strengthen partnerships between Emirati publishers and their Algerian counterparts, in line with Sharjah’s vision of supporting cultural and creative movements around the world.”