Why does public attention to the environment change so much over time?

Martha Kirby highlights how the proportion of the public mentioning the environment as one of Britain’s most important issues has fluctuated over recent decades and links the recent striking increase to protest activity.

The climate crisis has been high on the public and political agenda in recent years. Shortly after the last general election and before the pandemic, 25% of the public recalled that the environment was one of the main issues facing the country – the highest level since 1990. More recently, during the month where the COP26 negotiations took place, this was 40%. These high levels of concern have important implications for future political discourse and, since any substantial political change will require widespread societal change, it is essential to better understand public attitudes on environmental issues and support for environmental measures. mitigation. But despite this, our knowledge of how and, more importantly, Why Environmental public opinion has evolved over time in Britain but remains relatively limited. 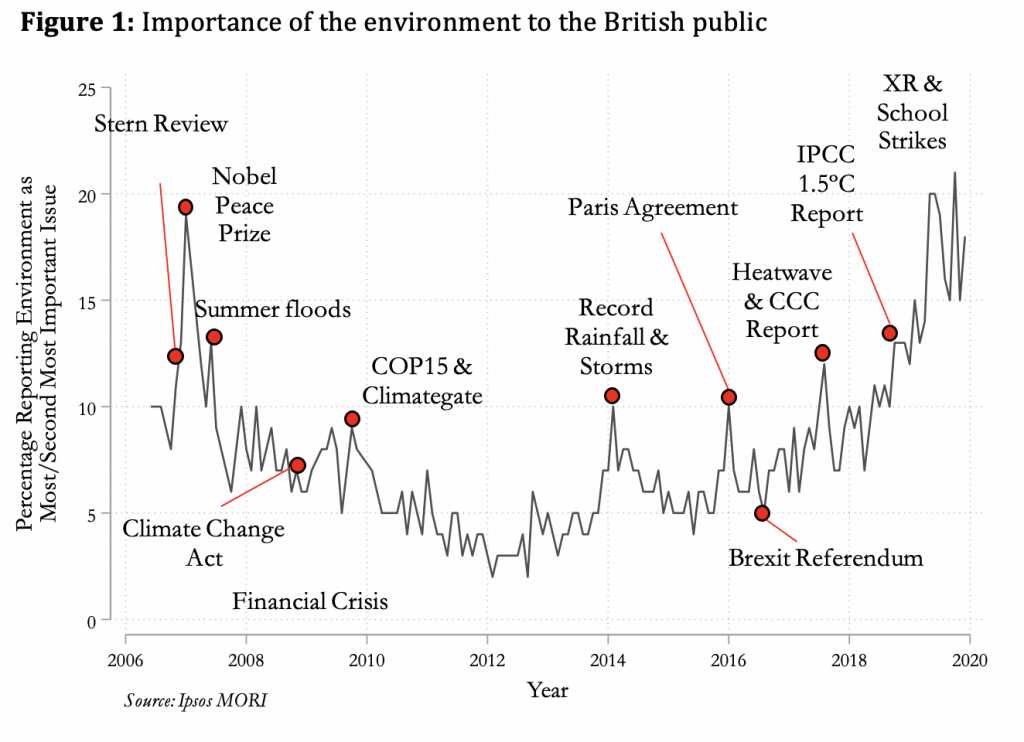 In fact, while climate change has been in the public spotlight in recent years, before that the perceived importance of the environment to the public fluctuated considerably over time and before 2012 it was in decline. This is despite the objective threat and severity of climate change (e.g. rising global temperatures and CO2 levels, as well as scientific consensus) having increased year on year. So what explains these changes over time and, given that the evidence for climate change has not changed dramatically, where is this new public attention coming from?

My recent article looked at why these changes are happening, analyzing monthly trends in the importance of the environment to the UK public between 2006 and 2019 and simultaneously considering a range of factors that can influence levels of public attention. at the question. Given that recent changes have coincided with global environmental movements such as Extinction Rebellion and School Strikes for Climate, did they play a role in bringing attention to the issue, or were these events just the product of growing concern? Is public attention a function of media coverage of the issue or influenced by its place in political debate? Since attention spikes can be linked to the occurrence of a range of environmental, political, and cultural events, are they successful in attracting and, more importantly, maintaining attention to the issue? These are a few questions that the article has examined. 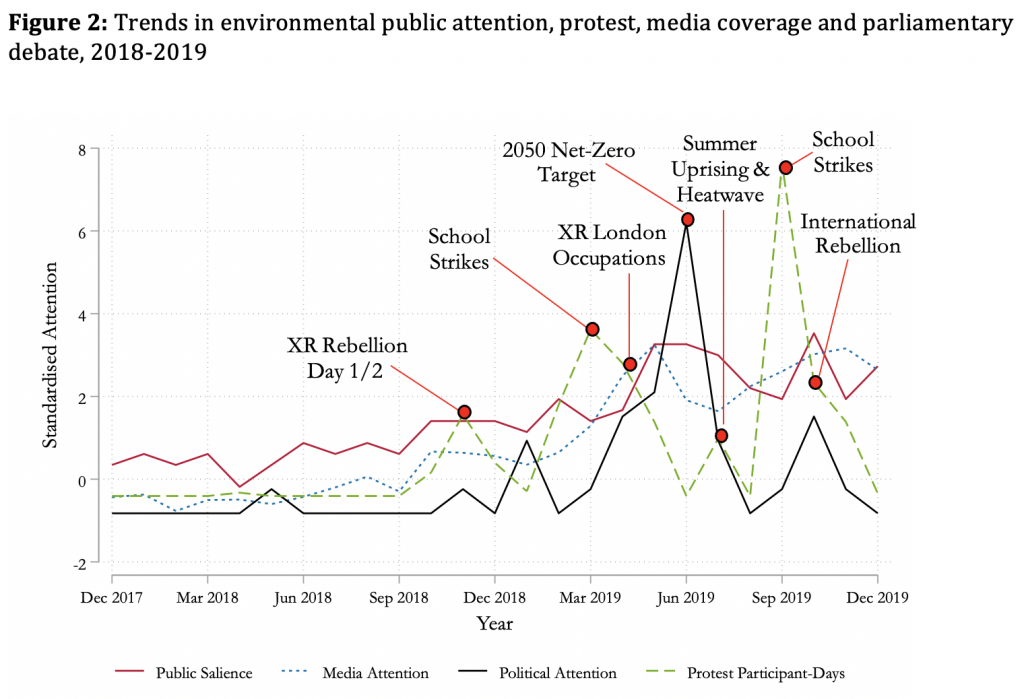 The results of the study have important implications in terms of public environmental perceptions, although overall few variables are able to consistently predict changes over time. Changing CO2 levels, natural disasters and political events such as United Nations climate change conferences can influence media coverage of climate change, but are not able to consistently predict CO2 levels. public attention on the issue, although they are linked to spikes in some cases (as shown in Figure 1). This suggests that the effects of these factors do not impact audience attention enough to sustain beyond the same month, or that they are not a consistent predictor over time.

One of the key findings, however, is that the spike in public attention to the environment in recent years may be linked to protest activity. Protest can be predicted by past levels of public attention to the environment, but increased levels of protest also lead to increased public attention in subsequent months. This effect is largely due to recent protests, indicating that it has played a role in the recent rise in public concern. Another finding worth noting is that, contrary to the supposed efficacy of civil disobedience and disruption that Extinction Rebellion is aiming for, the results suggest that it is the scale of the recent protest, rather than its disruptiveness (measured by the number of arrests), which seems to have shaped public opinion.

The article also indicates that if politicians act on climate change, it may lead to an adjustment in levels of public concern, as increased parliamentary debate on climate change is associated with fewer people prioritizing climate change. environment as an important issue. This response is largely driven by changes following environmental legislation introduced in June 2019, which aims for net-zero carbon emissions by 2050. However, it speaks to a wider debate that a Net-zero legislation might not be constructive because it not only distracts from political action now, but can also make the general public less concerned about the environment.

Although media coverage of the climate crisis has also increased in recent years, looking at the period as a whole, the results suggest that the media does not play a significant role in increasing attention to the climate crisis. the environment on a monthly basis. Instead, the number of media stories about climate change can be predicted by changes in public demand and the occurrence of protests in previous months.

Taken together, this has important implications for our understanding of the dynamics of a major political issue and our understanding of public opinion more generally. Although it is commonly believed that protest could be important, with environmental protest it is difficult, if not impossible, to cite other studies to confirm this. This research shows that as protest becomes more widespread, its role in shaping public attention and the political process more broadly in the years to come should not be ignored.

Note: the above is based on the author’s published work in The British Journal of Politics and International Relations.

Martha Kirby is a research fellow at Nuffield College, University of Oxford.

Photo by Ronan Furuta on Unsplash.